We all do it. Every time there are looming announcements for new figures, we get giddy with anticipation hoping maybe this time, maybe somehow, just mayyybeeee we will get some dream figures.

In no particular order, what follows are my top five dream figures that, sadly, will probably never happen. 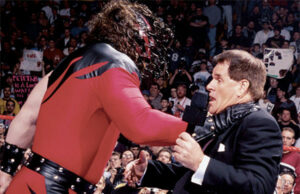 Gronk got an elite. Bad Bunny will probably get an elite. Ronda Rousey has like three elites. Why the hell can’t Pete Rose get an elite? I don’t get super nostalgic for 90’s stuff, but this man was always a fun part of the events. He doesn’t have to get a full-blown release. He is the type of character that would be perfect for a comic con release or build a figure. Bonus points if you put him in the chicken suit. 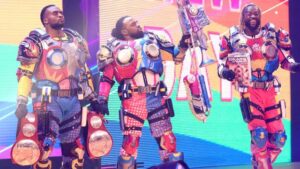 Every single action figure collector had this exact thought when we saw The New Day swagged out in gear from the video game Gears of War. It’s the very definition of toyetic. A three pack with flashy packaging would be among the hottest selling figures with ease. Obviously, the logistics of bringing together all the right places to let WWE, Mattel, and whoever owns Gears of War to come together to release figures seems like a long shot. Not to mention the difficulty it would be to truly replicate it. Still, we can hope though. 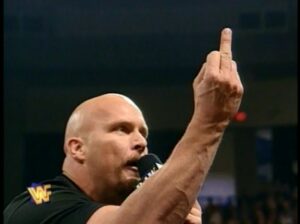 WWE is a family product. I get it. Mattel is a giant toy brand. I get it. We aren’t going to get a true elite style Austin with middle finger hands, which is a bummer. I want it though. It would be flat out the perfect Austin figure. I know the S.H. Figurarts figure that fits the bill, but it just isn’t the type of product that an Elite is. It works for now, but the perfect Austin Elite may never be able to happen. 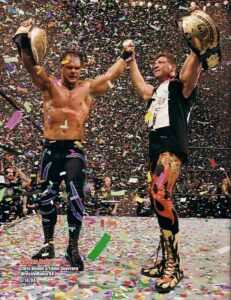 There doesn’t even need to be an explanation for why this won’t happen. To be honest, even if it did, I don’t know if I’d feel too comfortable displaying it anyway. Benoit was one of my all-time favorites though. While this is the one I most understand not happening, I can’t help but know that he’s on the wish list even if I know he’ll never be crossed off.

Especially as a loose collector, it would be nice to be able to recreate the moment with Chris and Eddie for a display. An iconic moment no matter the tragedy that came after. 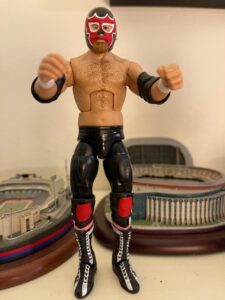 Sami Zayn is one of the top stars in WWE no matter what they have him doing. While we have seen many Zayn figures over the years, most of them look very similar as his look hasn’t strayed much. The one figure that I want the most but will probably never see is an El Generico elite.

Generico was one of my favorite things about indie wrestling for a long time. The character begs for an action figure. From the mask, to the red on his attire, to his cape, and include his finger pointing pose and it would be sheer perfection.

The likelihood of Generico ever making his way to WWE tv is slim though. Plus, Sami and Generico are two totally different people. Obviously.